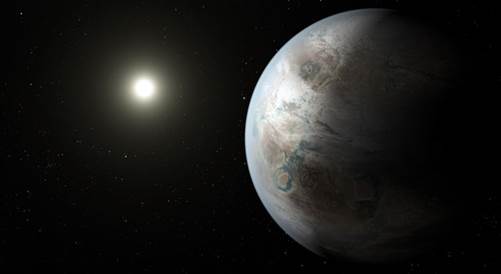 We live in interesting times.

I was curious to recently discover that this period in which we are now living is no longer described as the Information Age, or the Technological Age, but rather the Exponential Age. Everything, it seems, is going exponential; and one can well wonder how the world will hold together, if it even will hold together; or if it will literally spiral out of control under the weight of its own unprecedented rate of change in literally all aspects of our culture and civilization.

Somewhat relative to this, last week I watched a short video posted on Facebook by Louis Chase. It was of Rev. Jim Lawson speaking about Black Lives Matter. He concluded by saying “You have to allow history to move at its own pace”, which reminded me of a previous statement about history made by Mao Zedong reproduced on a poster that hung on my brother’s bedroom wall during his teenage years. It said, “The people are the motive force in the making of world history.” This saying for some reason always stuck with me – I imagine much more than it has with my brother – even though I could never quite decide if I agreed with it.

However, when historians view this age from the benefit of hindsight, my guess is that they will not so much describe it as the Exponential Age which, with their greater clarity, I believe they will see as merely a symptom of something much larger going on. Instead, in keeping with the notion that it is always darkest before the dawn, my guess is that this period in our human history will be seen as a prelude to a New Age of human enlightenment, even if this prelude should include some kind of global catastrophe or even cataclysm. To paraphrase Winston Churchill, what I am attempting to say is that this present period, as I understand it, will be seen not as the end, nor even as the beginning of the end, but rather as the end of the beginning.

In other words, I believe humanity is on the verge of a revolutionary transition of unprecedented proportion, precipitated by this tremendous quickening and “exponential” shift that we are all now experiencing, and the corresponding breakdown of almost all of our existing and preexisting global norms. The eventual culmination which will ultimately define this period shall be marked by a radical shift in human consciousness – the discovery and, more importantly, the realization, that we are not separate from anyone or anything, but rather mutually dependent upon everyone and everything, otherwise known as “entanglement”, and that we always have been even though we were unaware of this all the while.

On a much, much larger scale – and critical in its own way to understanding this “Exponential Age” – scientists have recently determined that the whole Universe, much like our own tiny world, is going through a period of rapid transition. This discovery which began almost 100 years ago was for a long time wrongly attributed to the American astronomer, Edwin Hubble and the Nobel prize-winning physicist, Albert Einstein. Both indeed were influential, along with others, but the main architect of this discovery was a little-known Belgian Catholic priest called Georges Le Maître, who “discovered” – in inverted commas, in the same way that Columbus “discovered” the Americas – that the Universe is expanding.

Much more recently, less than 20 years ago in point of fact, at roughly the time the Technological/Information Age was transitioning into the Exponential Age, has come the further discovery by two separate teams of scientists, both of which were awarded the Nobel prize, that not only is the Universe expanding but that it is actually accelerating in its expansion at speeds far too colossal for us to even begin to contemplate.

With the common understanding that all of this – all that we can fathom about the Universe – began with what is rather crudely termed the “Big Bang”, the question now remains as to how all of this expansion might end. The most popular and metaphysical understanding is that at some future point in time, the Universe shall reverse itself into what scientists call by the equally crude term, the “Big Crunch”. In other words, all the phenomenal, infinite vastness that exists completely beyond our comprehension shall reverse itself into that same original density from which it arose. They call this density the “Singularity” because it was All that there was, containing everything, even though it was equally infinite in its smallness.

This on its own would be phenomenal enough, though without what I would term its correlation, it wouldn’t really play into the point I am attempting to make. And that correlation – itself a direct result of the exponential rate at which science and technology are themselves now developing – is the other remarkable discovery of Quantum Entanglement: the demonstrable reality that when two identical particles are separated, and placed as far apart as our present capability will allow, whatever is done to the one has an immediate – an immediate – in other words, crossing limitless boundaries of time and space – corresponding effect upon the other.

So, as we sit here at this moment in time and contemplate in our own small and limited way, history, or the presidential election and all the absurdities which that presently entails; when we argue among ourselves as to whether Black Lives Matter, or about the uncertainties of the stock market, climate change, terrorism, and cyber-warfare, the far greater reality is that the galaxy within which we exist (one of countless billions of galaxies) is hurtling through Space at rates of speed so phenomenal and on a scale so vast that it all appears to be static; and being drawn towards other galaxies even greater in proportion and content than our own, all having arisen from that same indivisible Singularity we call the Beginning, or the Alpha, and which are equally being drawn back into the fullness of time we call the End, or the Omega, all of which is engaged in a Divine Quantum Entanglement we call God, never separated except in the illusion of human consciousness; all this – all of this – in my most humble and yet most honest opinion is on the verge of what is, in Cosmic time a split-second, about to be shattered; and a New Dawning will begin to emerge upon our world almost as if the darkness and confusion of our current time and all our previous history had never really existed save in the most mystical and surreal of dreams!

To crudely summarize: earlier this week I saw something else on Facebook that similarly interested me though in a different way to the posting by Louis Chase. It noted that in the 1960’s, people dropped acid to make the world seem weird. Now that the world is weird, they take Prozac to make it seem normal!

However we slice it, to be alive and to be conscious has its origins in the most ancient mythological past, and its destiny lies in a no less distant future. But to become aware of life as it far more truly exists, and as I believe is now emerging, not by the hand and motive force of man but rather the Divine Hand and Motive Force of God, is to literally come into the present moment – which is Eternal – and to know that we are all inextricably – and no less Divinely – quantum entangled with All That Exists.