Reflection: These are Not Normal Times, Nevertheless they Persisted 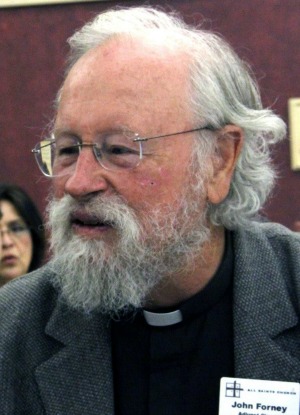 “There are so many dangerous, destabilizing policies coming out of this administration that I had to buy a reusable protest sign,” read the message of one marcher.  We now have the “Chaos President” in full bloom, and we’re only four weeks into his term.

Across the country, immigration and border agents are defying court orders.  Our airports are clogged with hundreds and thousands of protesters.  Democratic office holders are scrambling to catch up with their followers.  This is certainly a season that is giving birth to a whole new generation of political leadership on the left.  To the political elites, as my wife is want to say, “Lead, follow or get out of the way.”

My message to you is make your voices heard.  It may be in the Daily Bulletin, at the Ontario Airport, or in conversations at the checkout stand:  speak up, speak out, speak loud.  This, my friends, is not a season of normality, and we should do nothing to pretend that it is.  This man in the White House has lost any shred of legitimacy his presidency might have had, and we should not abet those who would paper over this national disaster.

We have to remember in these dark times of fear that people are being hurt, being hurt badly.  This is a time for solidarity.  We must support each other’s bottom line.  We must stand with the most vulnerable.  When five year-olds are separated from their parents, ripped from their mother’s arms at immigration checkpoints, this is not a normal America, not the America I subscribe to. Frankly, I’m not sure I recognize my own country anymore.  People are being hurt badly by the actions of our government.

We are becoming a pariah nation that does not respect the common standards of decency that the community of civilized nations ascribes to.  Millions in Britain have signed petitions declaring this president persona non grata.  Well, my friends, this is what we need to do right here in America – declare this rogue government persona non grata.

The other Friday at our ICUJP meeting, the presenter of the morning’s reflection concluded by leading us in singing “God Bless America.”  Some, after the singing concluded, said that they could no longer sing this song.  America is no longer deserving of any blessing, divine or otherwise.   Initially, something agreed with me in that declaration.  I, however, have come to a slightly different posture

My response is to say that, when I look out and see millions of women and their supporters in the streets marching in solidarity for respect, America is being blessed.  When I see Christians and Jews joining Muslims in prayer, here is the blessing we urgently need.  When I see young people suing their government on behalf of a livable world for future generations – and winning! -- We are all being blessed beyond measure.

So, here ends the sermon.  I’ll see you in the streets.  Persisting.  Today.  Tomorrow.  However long it takes.  Can I get an “Amen” to that?