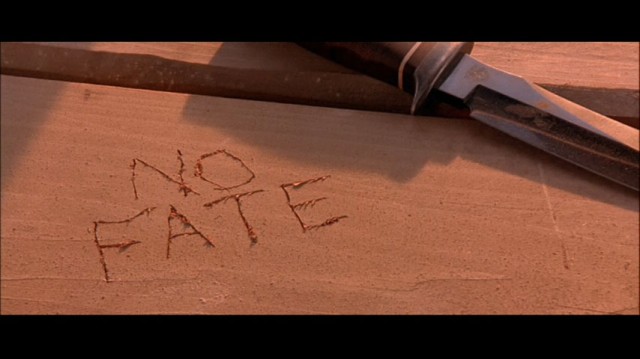 In the Torah, the deity is said to have told Moses: “I call heaven and earth to witness this day, that I have set before you life and death, blessing and curse: therefore choose life, that both you and your offspring may live.” But the Abrahamic god is a contradictory one on this question of free will and how the future is, or is not, shaped by the past. On the one hand, "He will by no means leave the guilty unpunished, visiting the iniquity of fathers on the children and on the grandchildren to the third and fourth generations." On the other hand, "The son will not bear the punishment for the father's iniquity, nor will the father bear the punishment for the son's iniquity; the righteousness of the righteous will be upon himself, and the wickedness of the wicked will be upon himself."

Many people now pay lip service to the idea that the US is built on stolen land, that its wealth is derived from the stolen labor of chattel slaves, kidnapped from Africa and held as property. But these admissions are usually treated as a regrettable artifact of the past, for which perhaps some apology or reparation is due, as opposed to an immanent and on-going reality of the present, a continuing transgression. As Malcolm X (El Hajj Malik El-Shabazz) said, "If you stick a knife into my back nine inches and pull it out six inches, that’s not progress. If you pull it all the way out, that’s not progress. The progress comes from healing the wound that the blow made. They haven’t even begun to pull the knife out. They won’t even admit that the knife is there."

If I steal your car, no matter how long I drive it around without returning it, I am driving a stolen car and guilty of possessing stolen property. If I steal your house and live in for a lifetime, and bequeath it to my children, they are living in a stolen house. These lands on which we live, unless we are indigenous to them, were stolen -- no, are stolen, and the lands, and the  resources within them, are still being stolen as we speak. The coal that is being burned to light Los Angeles, and the air that is being fouled by its smoke, are being stolen from the Diné and Hopi people and their lands. The White House was -- no, is, the product of enslaved workers. And people of African descent and indigenous people are still disproportionately and intentionally enslaved in a system of mass incarceration enabled by the Constitution and its 13th Amendment.

When the 3/5 rule was written into the Constitution, it was a compromise between two variants of white supremacists, those from states with few slaves, who wanted not to count the slaves or indigenous people at all for purposes of determining the size of Congressional delegations of the various states, and those from states with many slaves, who wanted to count all the slaves to determine how many representatives the slave-owners would get. Neither side in the debate had any intention of granting the slaves freedom, let alone representation, and they settled on the compromise of increasing the size of the Congressional delegation (and Electoral College votes) of the slave-owning states by a factor determined by 60% of the slaves they owned. That system held sway until the Civil War, after which, with the defeat of Reconstruction, the Southern states (and previously slave-holding so-called "Border" states), got what they originally wished for, Congressional delegations and Electoral College votes based on the entirety of the still-disenfranchised African-descent population. That is the situation that still holds true, except that the so-called "Solid South" switched from solidly Democratic to solidly Republican, resulting in two of the last three US Presidents being selected by the Electoral College despite losing the popular vote.

The border between the US and Mexico is as much an artifact of war and racism as was the so-called "border" between the continuing slave-owning states and the no-longer slave-owning states. It was -- no is, as Trump's latest actions clearly demonstrate, militarily imposed and maintained. Go to San Diego and Tijuana, or to El Paso and Ciudad Chihuahua, and you will see that geographically, there is no border. The Rocky Mountains that  begin in Canada extend through the so-called United States and right down into and through Mexico, where they are known as the Sierra Madre -- the Mother Mountains. The Gulf of California, that finger of the Pacific that separates the Baja California peninsula from the mainland of Mexico, will some day extend, because of the movement of tectonic plates, right up the center of the central valley of Alta California (as the US state of California used to be known when it was still part of Mexico).

On so-called Thanksgiving Day, I attended a Lakota-led prayer circle in Long Beach (on a part of the Cal State campus that was and still is sacred to the Tongva people) for missing and murdered indigenous women, led by a Native woman whose sister was murdered.  Throughout Turtle Island, so-called North America, including Canada, the US and Mexico, indigenous women are being murdered and disappeared at genocidal rates. This has become something of a national issue in Canada, and is internationally recognized as "femicidio" in Mexico. But in the US, it is hardly a blip on social media, and ignored in the corporate political arena, although it is very widespread in both rural and urban area in the US, including Los Angeles, which has the highest concentration of urban Indians in the country, and especially in the so-called "national sacrifice" areas dedicated to resource extraction and petroleum or shale slurry pipelines, such as in the Dakotas.

If the past and present reality of land theft, of slavery and of genocide, on-going in the current political, social, economic and physical-ecological environment, are not to shape the future as well, we must act now. We must self-critically examine our complacency, complicity and compliance. We must take action against the genocide of forced sterilization, mass incarceration and political imprisonment, obscenely disproportionate infant and maternal mortality rates for African descent and indigenous women, lower life expectancy on reservations and in ghettos, environmental injustice, and the epidemic of racist police killings with impunity. People of conscience and good will must exercise our free will to push these questions to the forefront of today's political discussion and action, with urgency and immediacy.

After World War II and Hitler's genocide of Jews and Roma, the slogan "Never Again!" was put forward. We need to recognize that "Never" is "Now." We must face reality, acknowledge the sins and crimes of the history and current reality of colonialism and settler colonialism that have shaped and are shaping us and this society and political system, and accept the responsibility to make history. If we do not, history will not absolve us.