ICUJP will stage a protest on Monday, January 11, the 14th anniversary of the Kafka-esque nightmare that is Guantanamo Bay detention camp. We're hoping to enlist your participation.
We will return to the downtown Federal Building at 300 North Los Angeles Street (90012), where, between noon and 2 p.m., we will have a tableau of hooded, jump-suited prisoners, speakers from progressive organizations and local attorneys who represent prisoners in Guantanamo, and possibly other features as well.
Would you like to be a part of this important protest? Please fill out this form and return it at your earliest convenience to the ICUJP office (817 W. 34th Street, Los Angeles, CA 90089) or at [email protected].

Hoping to see you on January 11. 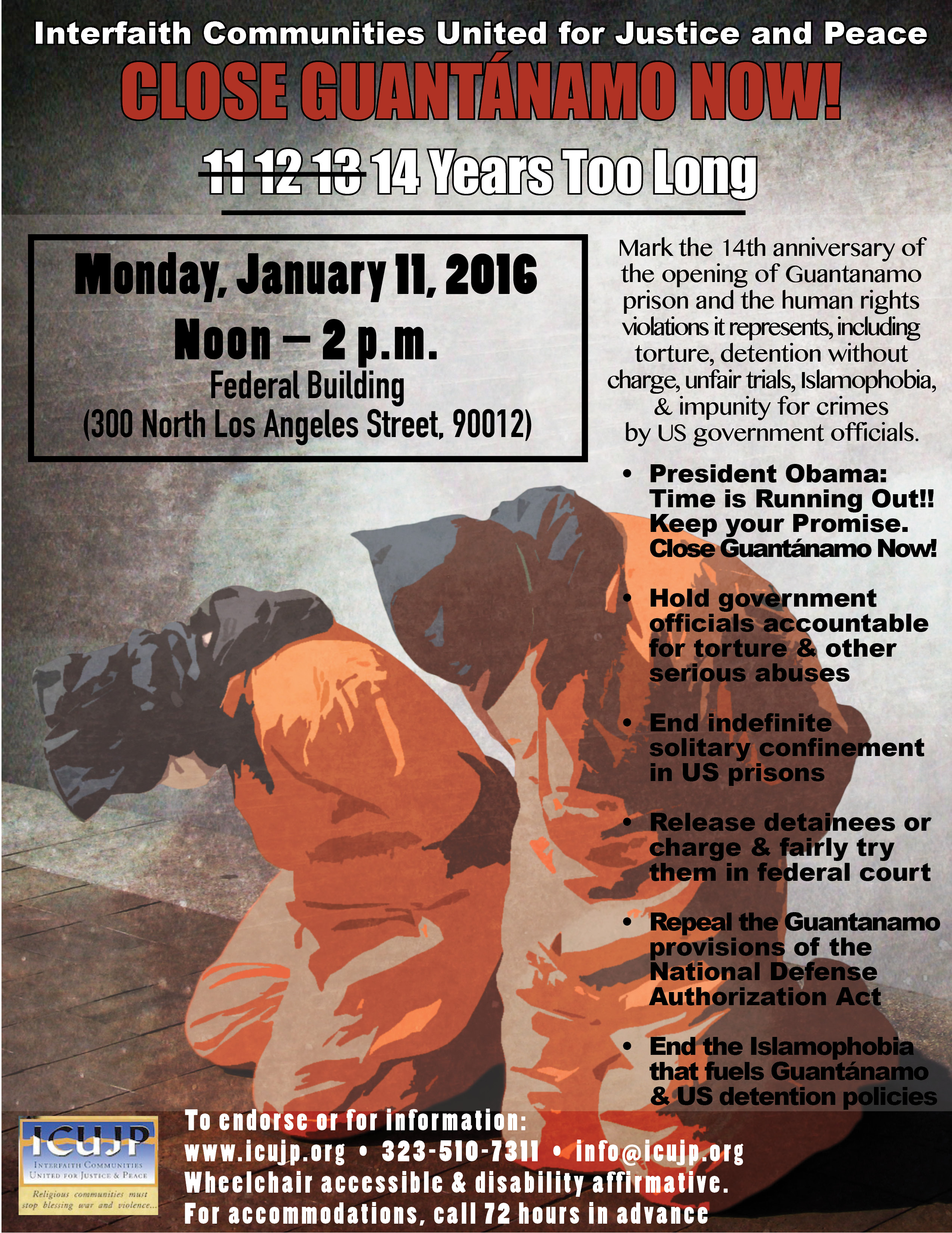 Sponsors:
Out Against War