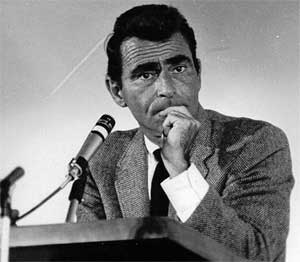 A time-honored concept of Anglo-Saxon justice declares that a man is innocent until proven guilty.  I believe that in a democratic society a man is similarly loyal until proven disloyal.  No testaments of faith, no protestations of affection for his native load, and no amount of signatures will prove a bloody thing—one way or the other as to a man’s patriotism or lack thereof.  The concept of the loyalty oath is a new one in the United States—in its present form it dates back less than twenty years.  It’s been around for a number of decades in different countries under decidedly different forms of government.  It was a requirement in Nazi Germany and in Fascist Italy, and is currently a prerequisite for the status of citizenship in the Soviet Union.

Under dictators, the so-called loyalty oath is a necessary adjunct to a relationship between man and his government.  Both the Fascists and the Communists have a pathological distrust of their own people.  To require a signature under an oath of allegiance seems to me or presume guilt and an attendant disloyalty.  I simply can’t honor that kind of premise—and I won’t honor it.  And it’s for that reason that I did not sign the oath required of me to speak here for pay.  But parenthetically it might be noted that if indeed, I were hell bent to subvert the government of the United States, I would certainly have no qualms about signing anything.

But so much for my own idiosyncrasies.  I’d like to talk to you tonight about the generation gap as it applies to what’s going on.  I find myself in the uncomfortable and almost untenable position of a man in the middle—the so-called moderate liberal whose roots go deep into the American soil, pounded there by immigrant parents who fled Eastern Europe during the nineteenth century because that peculiar breed of flag-wavers on the other side had taken upon themselves to the prerogative of choosing who should survive and who should not.

Because of this particular background there are certain gut-deep philosophies and attitudes that are a part of my bone marrow—unshakable and unswervable.  I will salute our flag and stand for our anthem and feel an affection for my native land with the kind of fervor and admitted emotionalism that would be peculiar especially to a fat-cat Hollywood writer whose father was an uneducated butcher.  This, on the face of it, removes me from the pale of the new left.  It sets me apart—and I suppose in their view, places me dead center in the basement of the establishment.

But I’ll tell you something.  Reserving certain criticism and negative judgment as to methodology, I nonetheless subscribe to and support what are the goals and aspirations of America’s young.  I am much more prone to embrace their causes that I am any cause which would see the perpetuating of certain aged and no longer applicable concepts of ethics, mores, moralities, more peculiar to my own generation.

Click here to read the rest of the speech.