The End of the Death Penalty with Stephen Rohde 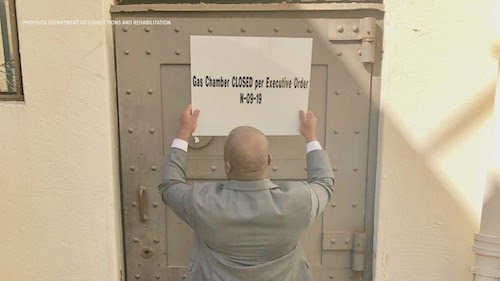 On March 13, Governor Gavin Newsom granted reprieves to all 737 inmates on California’s death row—the largest in America. This action blocks executions while he is in office. But the death penalty is still on the books and the battle for abolition goes on.

Growing numbers in the U.S. agree. Twenty states and the District of Columbia have now banned the death penalty, recognizing what every other civilized nation in the world has realized.

Join ICUJP Chair Stephen Rohde, an outspoken death penalty opponent, for a comprehensive look at the fatal flaws in the capital punishment system and the growing abolition movement in California and across the country. Learn what you can do to end state killing.

Stephen Rohde is a constitutional scholar, lecturer, writer and political activist. He represented a death row inmate and was part of the clemency team for Stanley Tookie Williams. A founder and current Chair of Interfaith Communities United for Justice and Peace, Stephen has served on the Board of Directors of Death Penalty Focus for 20 years. He is the author of two books, American Words of Freedom: The Words That Define Our Nation and Freedom of Assembly, and coauthor of Foundations of Freedom: A Living History of Our Bill of Rights.

Please note: Our Friday Forums and other events are open to the public. By attending, you consent to having your voice and likeness recorded, photographed, posted on ICUJP's website and social media, and included in ICUJP materials and publications for noncommercial purposes. If you don't want to be photographed or recorded, please let the facilitator know so you can be seated accordingly.