Recently, Trump told CNN that "Islam hates us" and that "tremendous hatred" defines Islam. Last December, Trump called for "a total and complete shutdown of Muslims entering the United States until our country's representatives can figure out what is going on." Trump supports surveillance of mosques and a database on all Muslims.

Interfaith Communities United for Justice and Peace (ICUJP), which counts among its members peace-loving followers of all faiths, condemns these shameful and Islamophobic slurs against Islam, one of the world's great religions, made up of more than 2 billion Muslims, who are taught according to the Quran that the "worshippers of the All-Merciful are they who tread gently upon the earth, and when the ignorant address them, they reply, 'Peace!'" (25:63). 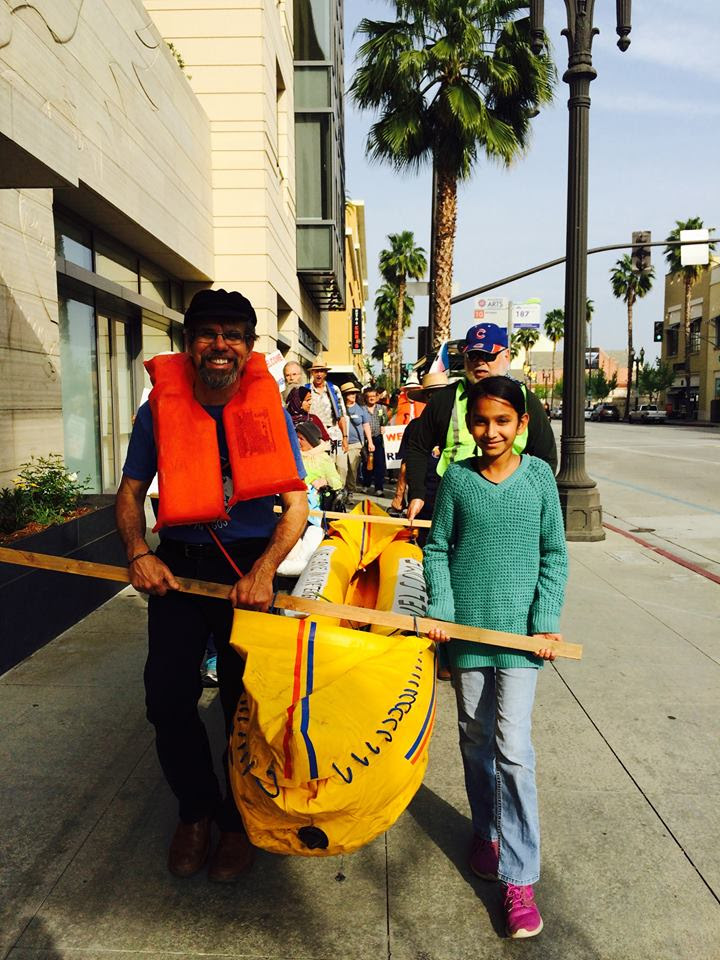 At the Palm Sunday Peace Parade, I carried a kayak that said, "Welcome Refugees" and "We came over in different ships, we're in the same boat now" (Dr. King). An 11-year-old girl named Alisa offered to help. I asked her if she belonged to a church and she replied, "I am a Muslim."

My heart leaped for joy! It seemed as if God had paired me up with just the right person. Alisa is articulate and bright and very mature for her age -- much more mature than some of the candidates running for President. She carried the kayak with me the entire way to the Paseo, and we had a delightful conversation.

Alisa's family is from Bangladesh, and her mom is a caregiver for a woman in a wheelchair. Her mom pushed the woman with a wheelchair who wanted to take part in this parade. You can see her just behind me in this picture.

I wish that more Americans had the chance to get to know Muslims like Alisa. They would quickly learn how different they are from the ugly stereotypes circulated by our politicians.