Most of the prisoners at Guantanamo were turned over to the invading American military forces for cash bounties. Even those at Guantanamo who are legitimately suspected of terrorist crimes can not receive a fair trial in any duly constituted court of law because they have been tortured. If we were the Constitutional Republic we’ve always told ourselves we are, even these men – and all the prisoners at Guantanamo have been men or boys – would be set free. But our government has no intention of doing so.

The US’s Gulag of Torture has consisted not only of Guantanamo, but also Iraq’s Abu Ghraib prison, Baghram Air Force Base and the Salt Pit in Afghanistan and CIA black sites around the world in places such as Poland and Thailand. We are told that these black sites are now closed.

We are also told by the administration of Democrat Barack Obama that torture has been stopped at Guantanamo. But is this true? No. Our government may not waterboard prisoners there anymore. It may not immerse them and then alternately freeze and overheat them. It may not confine them in closed boxes or subject them to extended sleep deprivation.

But hunger strikers at Guantanamo are still force-fed, a process which has damaging physical and psychological effects and which, at a bare minimum, is internationally regarded as abuse, if not torture. Prisoners who are regarded as guilty of infractions, no matter how minor, are extricated from their cells by Extreme Reaction Forces or ERF’s, a group of three soldiers dressed in full-battle regalia that makes them look like something out of Star Wars, who charge into their cells and beat the stuffing out

In addition, many of these men have been held for 14 years. They have never been arrested. They have never been charged with anything. Many of them have already been cleared for release by that notorious nest of bleeding-heart liberal do-gooders, the U.S. Department of Defense. And yet, there they languish, day after day, week after week, month after month, and year after year. That can only be described as the worst form of psychological torture.

One of the unpleasant things I’ve learned since joining ICUJP is the extent to which treatment of domestic prisoners, a disproportionate number of whom are black and brown, have also been subject to cruel and inhumane treatment, including but not limited to extended solitary confinement, that would not be out of place at Guantanamo.

I am disappointed in the conduct of my government and in the inaction of a political party I long regarded as morally superior to its opponent. I am disappointed in a gifted politician who had the opportunity to roll back the crimes of the Bush/Cheney administration, but who instead has chosen to leave them in effect and their perpetrators unpunished. But, most of all, I am disappointed in the American people, who have forsaken their noble Constitutional birthright and, fear-addled, exchanged it for a second-rate mess of national security pottage. They have not risen up to call for the closure of Guantanamo, for the enforcement of human rights laws, and for the freedom of the innocent and oppressed men who languish in Guantanamo to this day, trapped in a Kafka-esque legal twilight.

But the men and women around this table have done these things, and that is why I am proud to sit among you. I look forward to seeing some of you Monday afternoon at the Downtown Federal Building, and I thank you for giving me this opportunity to address you. 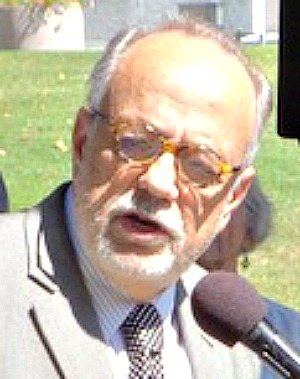 Now, Obama, and his western allies, take great pains to assure us, even as the bombs keep falling on the Muslim world, that what they and their predecessors have done in the past in Iraq and Afghanistan, and what they are doing in Syria today, is not a war on Muslims...most definitely not a religious war. Well, tell that to the millions of dead Muslim civilians our wars and our sanctions have caused in the Middle East over the past many years. Tell that to the thousands of Muslims wrongfully rounded up here in America during the Iraq and Afghanistan wars. Tell that to the hundreds of Muslims rounded up for questioning once again following the attacks in San Bernardino.

Tell that to our Muslim sisters and brothers who’s mosques were fire bombed and otherwise attacked in the past year...a record for any one year. Tell that to the young Muslim girls who’s head scarfs have been ripped from their heads recently, as they have made their way to school. Or to the young Muslim boy who came home crying from school because the other kids said he and his family were "terrorists."

Now I admit that U.S. foreign policy visa vise the Middle East is driven, in the main, by our nation’s desire to control the oil that is under the land of other nations. So I admit that what we have done, and are doing, in the Middle East is also a "war for oil." But this does not change the fact that it is the followers of the Islamic religion who have been abused and vilified all over this country, and slaughtered by the millions all over the Middle East, as we wage war for that oil. And so to deny that we are at war with the 1.6 billion of our sisters and brothers who are Muslims is to put our heads in the sand and to deny what, in the pursuit of oil, we have done and are still doing in the Muslim world. Hell, our leaders only say we are not waging war on Muslims because to admit that we are prepared to bomb Muslims back into the Dark Ages, if that’s what it takes to control the world’s oil, is to admit that we are monsters. And it is to admit that it is we who are the biggest terrorists in the world today.

And so sisters and brothers, what needs to be done, and cries out urgently to be done today, is clear: we must do what we are doing today, and keep on doing it, and doing it in ever­larger numbers, until we the people defeat the greedy and monstrous U.S. corporate oligarchy that is the main source of evil in the world today. We must keep fighting until the U.S. gets out of the Middle East. We must keep fighting until Guantanamo and all it represents is closed down!

We must keep fighting to stop the war on Muslims. And until we do these things we must, with open hearts, welcoming arms and a firm resolve, love, embrace and defend our Muslim sisters and brothers! 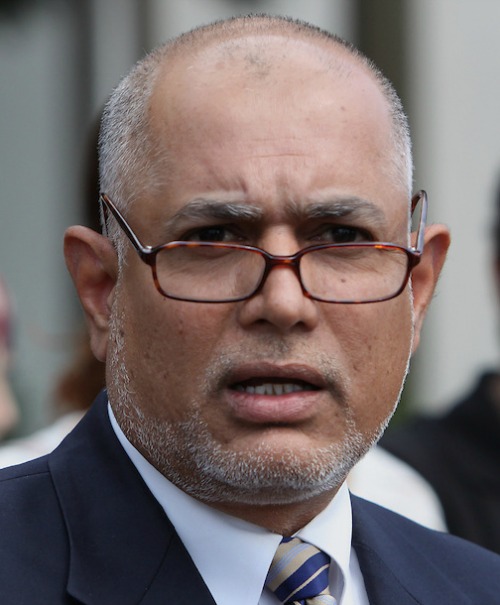 On behalf of the American public we say today that our President has a problem with keeping up his promises & therefore, Mr. President we declare you as a Liar-in-Chief. Mr. President, we prefer compassion over prosecution and forgiveness over retribution.

And, Mr. President, we have gathered here today to offer our compassion and our forgiveness … But you know Mr. President, you are running out of time … This is Two Thousand and Sixteen. May we remind you Sir that you will be without a job come Two Thousand Seventeen?

Among many promises you have broken during the past seven years, Mr. President, closing the Torture Central in Guantanamo Bay is the one that we will not forget. We realize you did not open the Guantanamo Bay but we know you can close this Gulag of our time. Exactly a year ago in your State of Union address, you said, “Gitmo is not who we are and that it is time to close Gitmo.”

Now Act on it, damn it. We are sick and tired of your lies and we are mad as hell for destroying the lives of many innocent people in our name. It is already too late and too little for the victims of our Gulag, but it is also never too late and never too little to right the wrongs.

Throughout history, Mr. President, it has been the inaction of those who could have acted; the indifference of those who should have known better, that has helped evil to live.

And we ask you today yet again, Sir, that you must act and act with fierce urgency because the voice of justice cannot be silenced and the evil must not triumph.