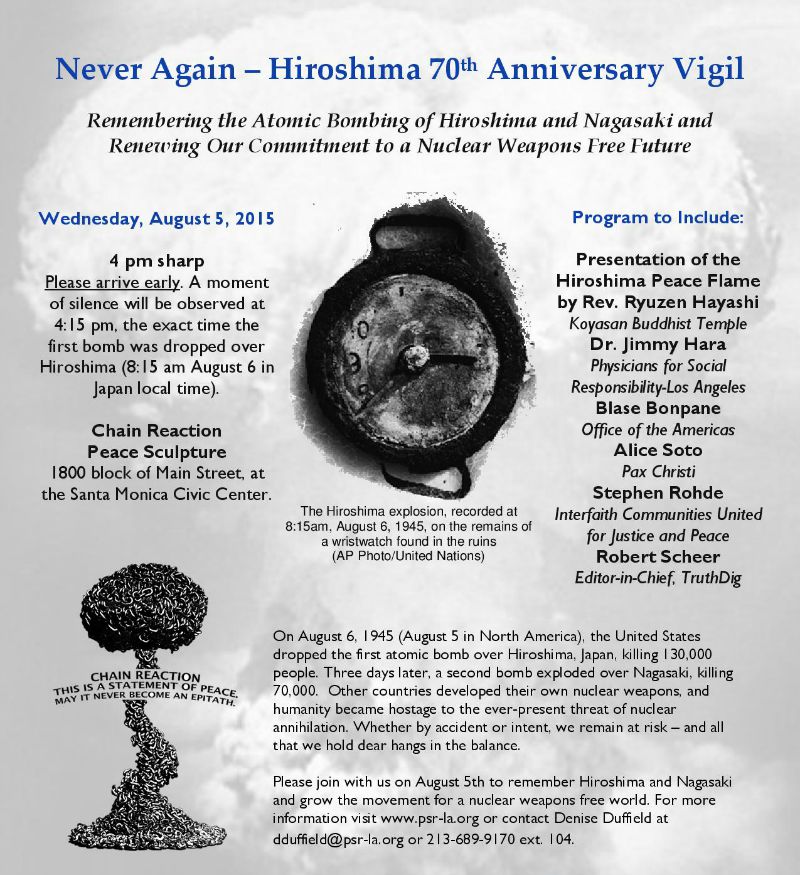 On Aug. 6, 1945 (Aug. 5 in North America), the United States dropped the first atomic bomb over Hiroshima, Japan, killing 130,000 people. Three days later, a second bomb exploded over Nagasaki, killing 70,000. Other countries developed their own nuclear weapons, and humanity became hostage to the ever-present threat of nuclear annihilation. Whether by accident of intent, we remain at risk -- and all that we hold dear hangs in the balance.

Please join with us on Aug. 5 to remember Hiroshima and Nagasaki and grow the movement for a nuclear weapons free world. For more information visit www.psr-la.org.