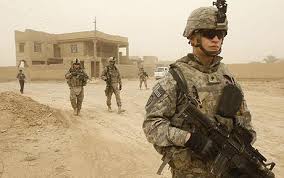 Interfaith Communities United for Justice and Peace (ICUJP) expresses its strong opposition to President Barack Obama’s decision to send up to 1,500 more soldiers to Iraq to train Iraqi and Kurdish forces to fight ISIS. That deployment would almost double the total number of American troops in Iraq to 2,900.

In the days immediately following the tragic events of 9/11/2001 a group of interfaith religious leaders in Los Angeles committed themselves to working together to make sure that religious communities would stop blessing war and violence. Those leaders founded Interfaith Communities United for Justice and Peace.

The escalation of American military involvement in Iraq goes contrary to the ICUJP vision of a world of justice and peace. And history has shown that such involvement only leads to further instability. Instead, the United States, in cooperation with the United Nations and in direct communication with all governments in the region, should be vigorously pursuing every diplomatic, economic and humanitarian approach to defusing the current conflicts in Iraq and its neighboring countries.