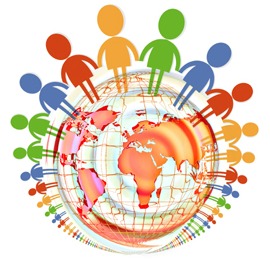 Consider how you might feel if Arabs/Muslims had invaded much of Europe, killed hundreds of thousands of civilians, bombed hospitals and wedding parties, driven people from their homes and land and generally wreaked havoc in their wake -- all because they wanted the mineral wealth. I could well understand the Christian rage that resulted in the aftermath. We reap what we sow.

After the Paris bombings in October 2015, I came across this interesting piece of fairly recent history reported in Wikipedia:

"With the fall of France in 1940 during World War II, Syria came under the control of Vichy France until the British and Free French occupied the country in the Syria-Lebanon campaign in July 1941. Syria proclaimed its independence again in 1941, but it was not until 1 January 1944 that it was recognized as an independent republic. There were protests in 1945 over the slow pace of French withdrawal. The French responded to these protests with artillery. In an effort to stop the movement toward independence, French troops occupied the Syrian parliament in May 1945 and cut off Damascus's electricity. Training their guns on Damascus's old city, the French killed 400 Syrians and destroyed hundreds of homes."

In other words, the Western powers have a lot of blood on their hands, and I can understand the deep resentment felt by many Muslims, millions of whom today have had their lives literally blown apart by “Christians."

However, all this operates at a very low, fear-based vibration. Our business is to find peaceful solutions and reconciliation. If I believed the answer to this and other worldly problems was political I would have chosen that path. Instead, I chose a Spiritual path as the solution to our problems.

Rev. Paul Nugent
Director
The Aetherius Society
www.aetherius.org
Service is the Jewel in the Rock of Attainment