Members of ICUJP and CodePink will protest US support for and cooperation with the brutal Saudi-led attack on Yemen by holding a vigil in front of the Downtown Los Angeles Federal Building.

A bomb made by Lockheed Martin was used by the Saudi Air Force in an August 9 attack on a school bus that killed dozens of Yemeni children. According to CNN, the bomb was sold to the Saudis as part of a US State Department-sanctioned arms deal with Saudi Arabia. U.S.-made bombs have also been used by the Saudis in other aerial mass slaughters of Yemenis, such as the October 2016 attack on a funeral hall that killed 155 and left hundreds more wounded.

In addition, the U.S. helps to refuel Saudi combat aircraft and assists them with targeting decisions.

"I will tell you that we do help them plan what we call, kind of targeting," US Secretary of Defense James Mattis told CNN, proceeding to make a distinction that eludes most non-specialists in aerial combat. "We do not do dynamic targeting for them." 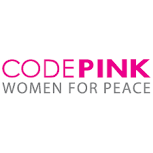