Reflection: I'm 25, Scared for Our Future 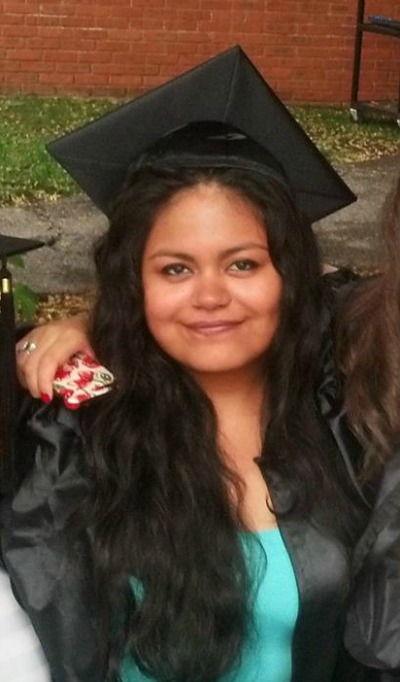 Before I start I ask you all to think back to when you were 25.

Think about how you looked like, how you smelled... the last person you kissed, the last person who broke your heart, who you called your friends, and what was important to you.]

As I look ahead to this particular milestone with anxiety and uncertainty, I reflect on my post-graduation experience with critical distance as I prepare to step into 2017.

I graduated from Sarah Lawrence College with a Liberal Arts degree (a concentration in screenwriting), $45k in debt and apolitical -- two years ago.

As the daughter of Salvadoran (Im)migrants/activists and youngest sibling to a vibrant family I learned and absorbed the morsels history and lived experiences that created my family's identity through storytelling.

I aspired to have a career in the film industry as an entertainment writer, focusing on centering the narrative of the Latinx experience in the United States through ensemble comedies. I thought that it was my duty to provide folks with escapist media for them to indulge in. I thought it was my duty to make folks laugh, to help folks forget the heaviness and hurt of their own lives, if even momentarily.

In 2015, I experienced two of the most emotionally charged events I have ever lived which functioned as turning points to the narrative of my own life.

I visited El Salvador for the first time as an adult, 20 years after having been there at the age of three, for my baptism. I travelled to El Salvador for the beatification of Oscar Romero. It was historic and extremely symbolic moment, endowed with the possibility and a vision for an El Salvador in peace.

I stood in the country I knew and had felt in my belly since birth but had never felt on my skin. I  tried to capture it all with my eyes. I tried to keep El Salvador with every picture I took. I carry that trip with me in my heart.

In June 2015, a high school friend of mine Oscar Lazo, Salvadoran-American was murdered. Child of diaspora, American by displacement, Oscar had vague gang relations and was killed because of that.

It was because of his death that I made an investigative turn to the reasons behind his passing and the narrative of gangs in El Salvador, a phenomenon that affects that country and this one. It was the deaths of so many Oscars  that forced to look deeply into why this is was happening and what was producing this suffering globally.

I turned into myself and questioned the role I had taken on (screenwriter) vs. my duty as an educated Salvadoran-American in this context. I thought over my role within my community and the responsibility I was avoiding.

That is the moment I became politicized.

This year, 2016, with the challenges it presented and the joy it brought, pushed me into activism. I now call myself an activist, member of ICUJP, Anakbayan LA. And ILPS, I approach the work with a particular focus on race relations, in the wake of the Black Lives Matter movement, international solidarity (especially after my trip to San Cristobal de las Casas, Chiapas) and organizing training with API  community.

And now I'm here, I will admit a little scared for the future but overall pretty fuckin fearless and fiercely armed with knowledge of self, the conditions we live in,  and ready to tackle the heteropatriarchy of US empire + rise right-wing populism and xenophobia which produced Donald Trump.

Yes, in less then a month he will be inaugurated as our president, something none of us look forward to but prepare ourselves to resist in our daily lives. We refuse a country which normalizes racism, xenophobia and Islamophobia and push back to any adminstrative decision that functions to dehumanize any one of us. We're here to shut down any person who carries out the word of Trump as well as defend ourselves as we organize and activate our communities.

I am grateful for the folks in the room and all who have participated in helping me in my journey. I am happy to hold hands with you as we walk into 2017 and the years to come.