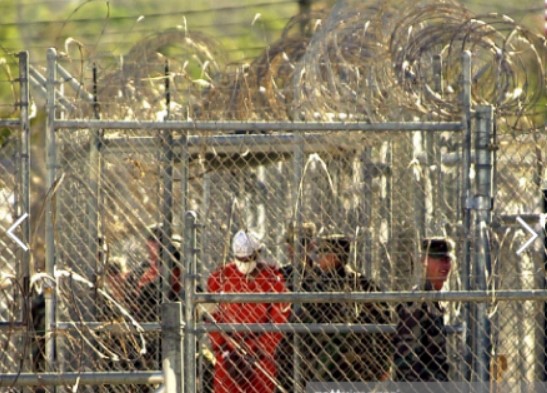 A group of thought leaders and activists on the issue of Guantanamo discuss its dreadful history, how it clashes with America's stated ideals, and the prospects for its closure.

Joining longtime ICUJP member and "Close Guantanamo" event organizer Jon Krampner are the Rev. Ron Stief of the National Religious Campaign Against Torture, Mohammad Tajsar of the ACLU of Southern California, and Michael Rapkin, a member of the Guantanamo Bar.

Join the conversation with our speakers:

MOHAMMAD TAJSAR has been a staff attorney at the American Civil Liberties Union of Southern California since 2017. One of his areas of primary concentration is national security and counter-terrorism policy, with a particular focus on the impacts of national security law on Arab, Muslim, Middle Eastern, and South Asian communities.

MICHAEL RAPKIN, along with his son, is a senior partner in the Marina Del Rey law firm of Rapkin and Associates. He has been a real estate lawyer for 46 years and, since 2005, a member of the Guantanamo Bar. He had two clients in Guantanamo, both of whom were transferred out after undergoing torture and indefinite detention at the hands of the U.S. government. Charges were never filed against either of them. 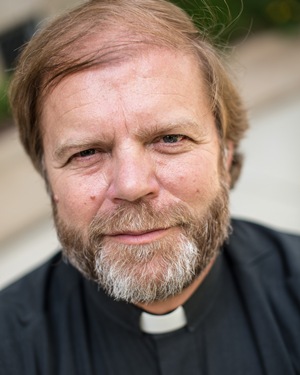 REV. RON STIEF, an ordained minister in the United Church of Christ, is the executive director of the National Religious Campaign Against Torture, an interfaith organization of more than 325 religious organizations committed to ending U.S.-sponsored torture. He is a national leader and faith strategist on ending CIA torture and ending the torture of solitary confinement in U.S. prisons.

JON KRAMPNER (moderator) has organized ICUJP's “Close Guantanamo” protest rally in front of the Downtown Los Angeles Federal Building for the last 12 years; before that he solo picketed there every January 11. His article “The Fog Machine,” about the CIA's “extraordinary rendition” (torture taxi) program appeared in the summer 2016 issue of The Brooklyn Rail. 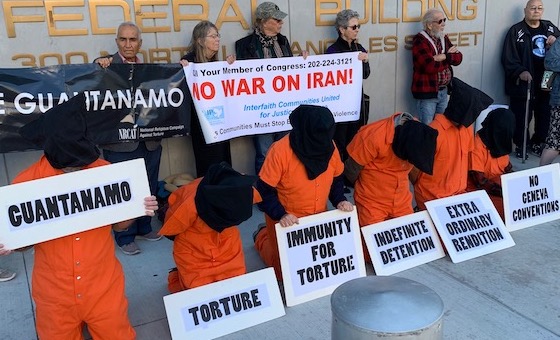 THANK YOU TO OUR EVENT SPONSORS AND ENDORSERS!

National Religious Campaign Against Torture • Out Against War 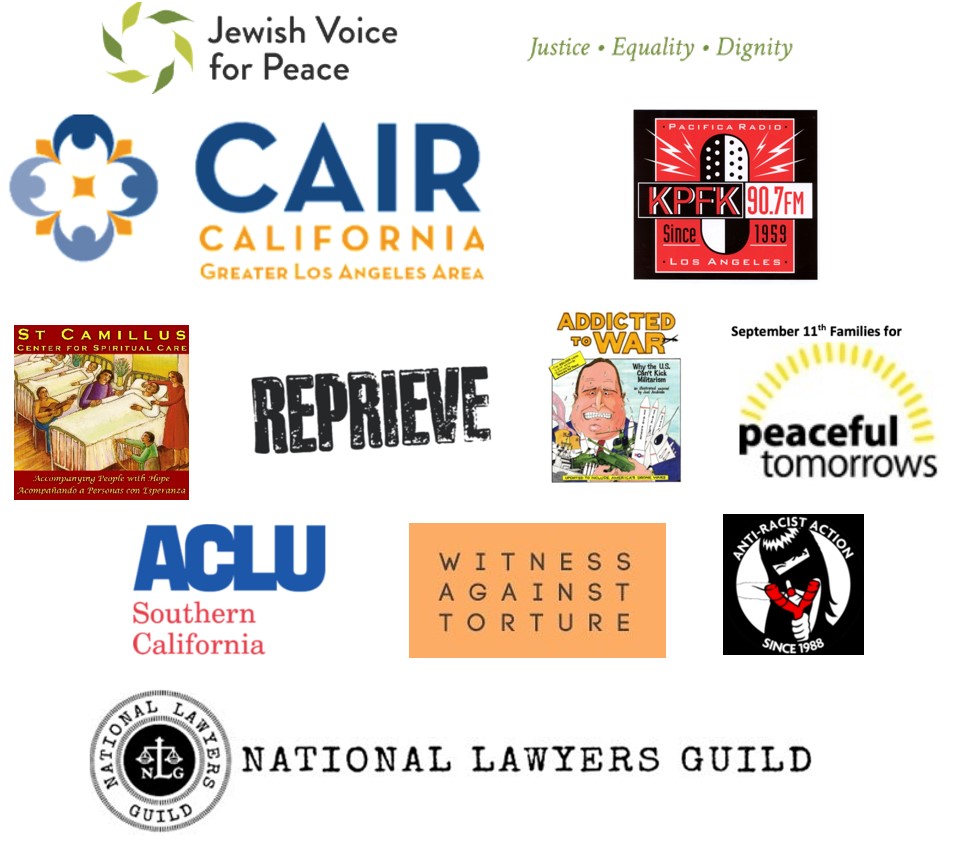