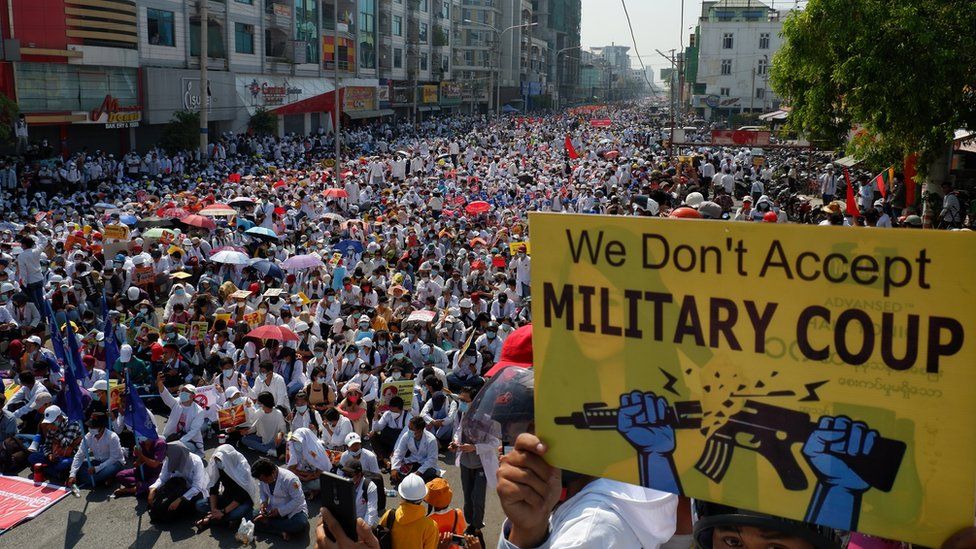 (SCROLL DOWN TO RSVP FOR ZOOM LINK)

Description: In February 2021, the military in Burma seized control following a general election in which Aung San Suu Kyi's NLD party won by a landslide. Since then there have been mass protests, armed resistance and killings. This forum will serve as an important update on the coup in Myanmar/Burma. 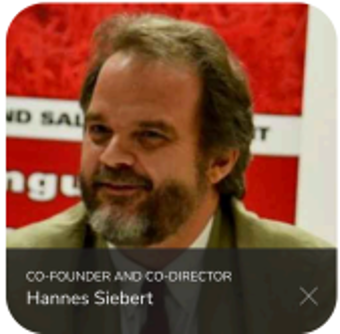 As an international peace process and negotiations adviser and facilitator, Hannes  Siebert has worked in many of the world’s most conflict-ridden societies. He continues to  provide technical and facilitation support to national dialogues and peace structures and to political reform processes, including those in Lebanon, Myanmar/Burma, Cyprus and  Zimbabwe.

Earlier in his career, Mr. Siebert served as director in South Africa’s National Peace Secretariat, the multi-party body mandated to implement its 1992 National Peace Accord. Post-1994 he assisted the Special Presidential Task Force in key intractable conflicts, focusing on de-militarization of youth militia.

Mr. Siebert co-founded the Peace Appeal with James Wine, Colin Jones and five Nobel Peace Laureates in 2000, in support of the “Appeal of the Nobel Peace Laureates for  Peace and Non-Violence for the Children of the World.” In 2001, he was invited to serve  as an associate and fellow at the Center for War, Peace and the News Media at NYU,  where he coordinated the West-Dar al Islam Media Dialogues program, facilitating  dialogue between major media institutions in the U.S. and the Middle East.

In his work with the Peace Appeal, Mr. Siebert advised Sri Lanka’s peace secretariats  and facilitated the confidential dialogue forum, One Text; he co-facilitated and  contributed to the drafting of key agreements in Nepal’s peace process, including co facilitating talks between the Nepali (?) Army and the Maoist Army and supporting the  establishment of the multi-party dialogue process (NTTP); and he has engaged in supporting peace and dialogue processes in many other countries. He continues to contribute to the development of two Peace Appeal initiatives that he co-founded:  “Peace Tools” and the “Peace and Dialogue Platform.”

Mr. Novak has over 25 years of executive leadership experience in the sports & broadcast media industries and the non-profit world. As an executive, Randall has excelled in the areas of media, public relations, broadcast production and grass roots organizing. Most recently, Mr. Novak’s passion for effecting change led him to create the  non-profit organization, Shirts Across America.

Mr. Novak has worked with global leaders to tackle the role of Human Rights and Civil Rights in America. He has utilized his extensive media background to put together a grass roots movement that has seen over 4,000 high school students rebuild New Orleans and Mississippi over the last fourteen years. Randall’s goal is to create thoughtful leaders, challenging high school students to become the leaders of today by connecting our past to the present to move forward in a positive direction.

Bob Zellner brings to life the victories, struggles and heartbreaks of the Civil Rights era  in a way that empowers and instructs audiences and the modern-day movement.

Bob is one of the most influential leaders in the Civil Rights Movement, from the 1960s  to today. The son and grandson of Ku Klux Klan members, he risked his life – and nearly

lost it – many times in the fight to achieve The Second Emancipation. As an organizer of  The Freedom Rides of 1961 and the first white southerner to serve as field secretary for  the Student Nonviolent Coordinating Committee, he worked alongside Martin Luther  King, Jr., John Lewis, Rosa Parks, Julian Bond, Diane Nash and many other civil rights  leaders. Famous for battles with the KKK, lynch mobs, and violent police, he is now the  individual that a new generation turns to with questions on the racial, historical and  cultural assumptions on which they were raised, as they ask themselves, "What is my  place in this struggle?"

Bob captivates audiences with the untold stories of the Civil Rights Movement and his dedication to fighting for the rights of others. Drawing on decades of experience guiding the movement and his ongoing active role, he presents a modern-day message for combating deep-seated racism, discrimination and prejudice and sparking widespread social change. The highly anticipated film Son of the South, based on Bob's  autobiography The Wrong Side of Murder Creek, was released February 5, 2021.

Here's how to join the online meeting:

To join by video conference, you'll need to download the Zoom app on your computer or mobile device. Click on the link to join the meeting and then enter the Meeting ID number and passcode. You'll be able to see slides and video, as well as speakers and other attendees.

If you prefer to join by phone, you'll be prompted to enter the Meeting ID number and passcode. You won't be able to see the visuals or attendees, but you can view them on the meeting video recording afterward.

If you're new to Zoom and would like to use the video option, we recommend you download the app well ahead of time.